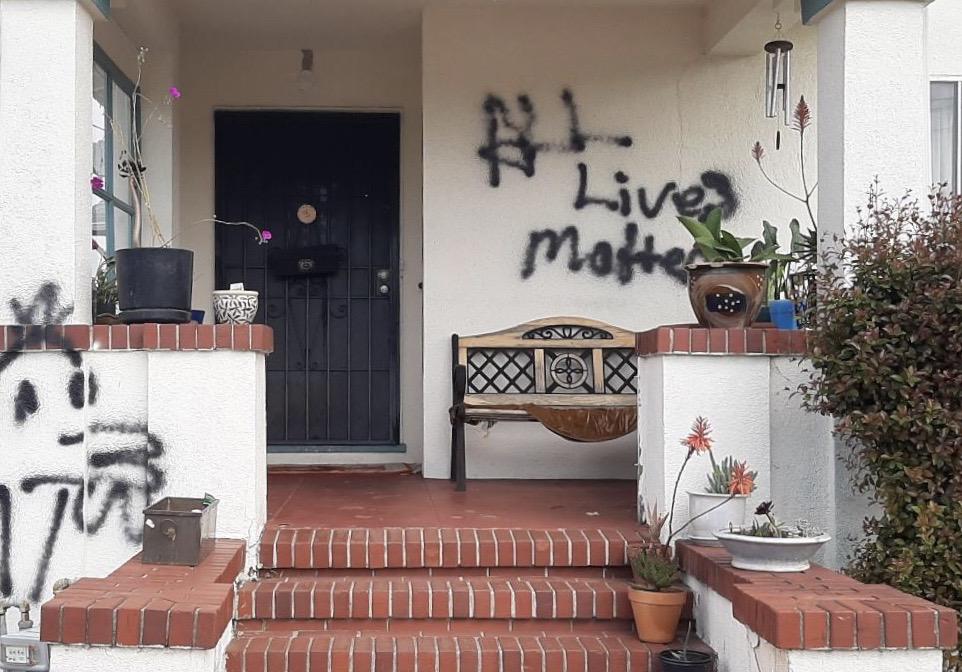 The incidents included the spray-painting of a mannequin and street sign in the area of Carmel Street and Coolidge Avenue, which was suspected to have occurred Sunday, as well as graffiti spray-painted on a home on the 2500 block of Maxwell Avenue, according to Oakland police.

Authorities did not specify what was spray-painted on the mannequin or sign, but the latter incident included the phrase “all lives matter” spray-painted on a home in the city’s Melrose neighborhood.

The phrase “all lives matter” is frequently used by opponents of the Black Lives Matter movement, who argue that people should not only advocate for justice and equality for Black people, but all Americans.

Officer Johnna Watson, a department spokeswoman, told The Chronicle she could not immediately disclose more details about the incidents “because they are all actively under investigation.”

The probes come less than two weeks after the launch of similar investigations by Oakland authorities and the FBI, which were looking into nooses found around Lake Merritt and an effigy hung from a tree near the lake days later. No updates have been released in either of those cases.

Joe Hawkins, one of the co-founders of the Oakland LGBTQ Community Center at 3207 Lakeshore Ave., wrote in a Facebook post that the building was targeted Saturday morning by a man who pulled up on a bike with a golf club. The man yelled expletives as he broke windows, Hawkins said.

Later on Saturday or early Sunday, vandals defaced the Maxwell Avenue home in the Melrose neighborhood by spray-painting “all lives matter” and other graffiti on the house’s exterior.

Resident Tacelia Senegal, 52, said she was out of town during the incident but learned what happened when a neighbor called her Sunday morning.

Watson said she could not confirm what was painted on the home because it had been painted over by the time an officer arrived to the scene.

Police officials said anyone who is a victim or witness to a hate crime can call the department’s hate crime hotline at 510-637-4283.

“The Oakland Police Department and the City of Oakland will not tolerate any hate crime against anyone in our community,” police officials said in a statement. “We hear your concerns and are taking action to ensure the safety of our community.”