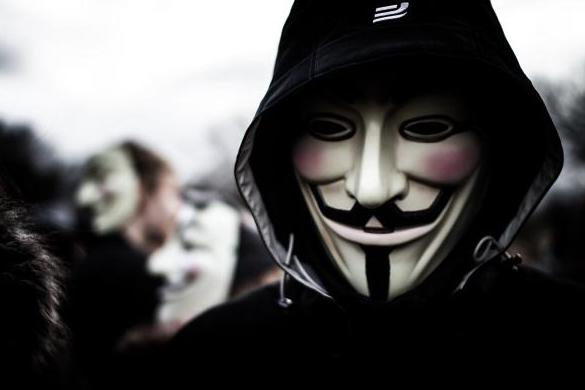 Hacktivist group Anonymous has posted a video promising to expose Minneapolis Police Department’s “many crimes to the world”, following the death of George Floyd.

The video shows an activist wearing the group’s Guy Fawkes mask, and ends with the message, “We are legion. Expect us.”

The group has also tweeted that they have uploaded documents with evidence against Donald Trump, Jeffrey Epstein, and other high-profile figures.

It also alleged it had evidence that the royal family were involved in Princess Diana’s death.

Here, we take a closer look at Anonymous, and their previous cyber-attacks.

Anonymous is an international group of hacktivists, known for cyber-attacks against governments, institutions, and corporations.

The group began on 4chan in 2003. It is decentralised, with no leadership, and its members are unidentifiable, choosing to either cover their face or wear the Guy Fawkes masks from the graphic novel and film V for Vendetta. Members also often choose to disguise their voices by using voice changers or text-to-speech programmes.

The group was initially focused on entertainment, but gradually became associated with activism on many international issues.

Many people worldwide have been arrested for being involved in Anonymous cyber-attacks, including in the US and the UK.

Anonymous was named one of the 100 most influential people by Time magazine in 2012.

Who have Anonymous cyber-attacks targeted?

Anonymous initially participated in pranks intended to amuse users on the imageboard 4chan.

But the collective became associated with hacktivism in 2008, after it targeted the Church of Scientology in a series of cyber-attacks which incited in-person protests against the church.

In 2010, Anonymous attacked Airplex software, a company that worked with film studios to shut down copyright infringement websites. Anonymous shut down Airplex’s website for a day, saying: “Anonymous is tired of corporate interests controlling the internet and silencing the people’s rights to spread information, but more importantly, the right to SHARE with one another.”

Later that year, Anons brought down the website of PayPal and other organisations which had cut off service to news leak organisation Wikileaks.

The group has hacked hundreds of Chinese government websites to protest the treatment of its citizens, and hacked Israeli websites following the 2012 Israeli military operation in the Gaza Strip.

The collective has attacked US government websites in retaliation for them shutting down file-sharing sites.

The group have also targeted people organisations accused of homophobia, including the Kansas Westboro Baptist Church, and the Ugandan Prime Minister Aamma Mbabazi in retaliation for the Ugandan Parliament’s consideration of an anti-homosexuality law.

Members of Anonymous helped the Occupy Wall Street protests in 2011, and targeted a number of companies which tried to stop hacks or attack union members.

Following police shootings of Michael Brown and Tamir Rice in 2014, Anonymous posted the identities of the police shooters online.

Members of the group have also reportedly launched attacks against members of the Klu Klux Klan, and Islamist extremist groups.

The group has vowed to seek revenge on the Minneapolis Police Department and “expose their crimes to the world” following the death of George Floyd on Memorial Day, after a police officer knelt on his neck for several minutes.

On May 31, the collective also tweeted that they have uploaded documents which contain incriminating evidence against Donald Trump and Jeffrey Epstein in cases of alleged sexual assault. They also claimed they had evidence that the British royal family had Princess Diana murdered. Many of these tweets have since disappeared from their accounts, but screenshots are still circulating online.