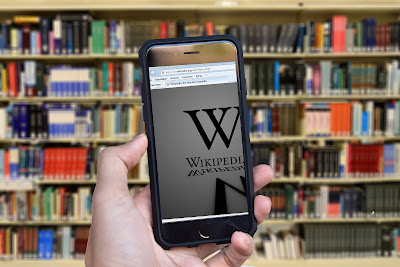 Wikipedia users in Germany couldn’t find the answers they were looking for when they were met with an error message while attempting to visit the online encyclopedia on Friday.

The website fell victim to a “massive and widespread” denial-of-service (DDoS) attack that paralyzed the site on Friday evening across Germany and in other parts of Europe.

In a DDoS attack, the attackers attempt to make an online service unavailable by overwhelming it with traffic from multiple sources.

Later Friday evening, Wikipedia tweeted that it was “continuing to work on restoring access.”

Biding their time until the online encyclopedia was back online, social media users were quick to share their Wikipedia woes on Twitter using the hashtag #WikipediaDown.

Alert: #Wikipedia is now down across the #US and much of the world, following hours of intermittent disruption caused by a major #DDoS attack; incident ongoing #WikipediaDown : Tweeted NetBlocks.org.

Knew I should have given Wikipedia £2#WikipediaDown: Tweeted another user.

If you can’t read @Wikipedia, just read #WikipediaDown, in almost as many languages. #DDOS: read another tweet.