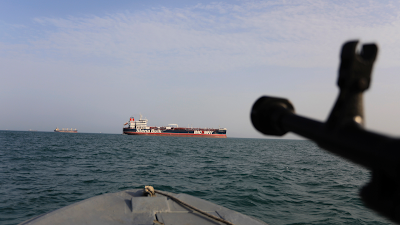 In a retaliatory cyber-attack against Iran, U.S. cyber
military forces cut down a database utilized by its Revolutionary Guard Corps
to target ships in the Persian Gulf, just hours after ‘the Islamic Republic
shot down an American Drone’.
Right now, Iran still can’t seem to recuperate the majority
of the data lost in the attack and is attempting to re-establish military
communication networks connected to the database.
As indicated by the Washington Post, the U.S President
Donald Trump purportedly approved the U.S. Cyber Command’s strike however the
government has not openly recognized its occurrence.
A U.S. official who addressed the Washington Post
additionally noted that the cyber-attack was intended to harm for Iran –
however not to the degree that would further heighten pressures between the two
sides.
Elissa Smith, a Pentagon spokesperson said in a statement,
“As a matter of policy and for operational security, we do not discuss
cyberspace operations, intelligence, or planning.”
In spite of the attack, the Islamic Republic has stayed
rather active in the Strait of Hormuz, holding onto the English oil tanker
Stena Impero in mid-July.
Recently discovered Fox News, it happened in June that Iran
shut off a portion of its military radar sites around the time the U.S. was
ready to dispatch retaliatory strikes, thusly it’s not clear if those radar
sites were killed by cyber-attacks or if Iran shut them off intentionally fully
expecting them.
In any case these strikes are not first major operations
executed by the U.S. Cyber Command, as the organization a year ago had
disrupted a Russian entity’s endeavours to utilize Internet trolls to cultivate
discontent among American voters during the 2018 midterm elections.