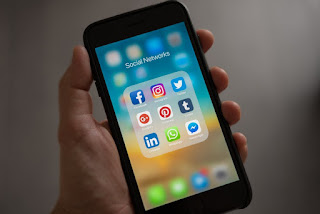 US Citizenship and Immigration Services officers, who were previously banned from creating fake social media profiles, can now create such profiles for the purpose of monitoring social media information of foreigners attempting for visas, citizenship and green cards.

On Friday, the ban was overturned in the review of potential privacy issues conducted and posted online by the Homeland  Security Department.

Explaining the need for the reversal of the ban, a statement by USCIS said that locating evidence of fraud and cross verifying the information for security reasons will be made easier for officers and investigators while deciding whom to allow inside the US.

The concerned State Department took several other steps which included asking applicants applying for US visa to provide their social media handles. However, it is ambiguous how resorting to fake social media identities would be carried out successfully as the terms and conditions of major social media platforms like Facebook and Twitter would clearly be violated while impersonating.

Commenting on the matter, Twitter said in a statement, “It is against our policies to use fake personae and to use Twitter data for persistent surveillance of individuals. We look forward to understanding USCIS’s proposed practices to determine whether they are consistent with our terms of service,”

As per the DHS document, the investigating officers are restricted from interacting or conversing with people on various social media platforms and are only allowed to review and verify information passively. Although a lot of social media activity can be viewed and hence reviewed without an account,  certain platforms still keep within bounds the access for the guest users.

Referencing from the remarks made by Dave Maass, a senior investigative researcher for the civil liberties advocacy group Electronic Frontier Foundation, use of fictitious accounts “undermines our trust in social media companies and our ability to communicate and organize and stay in touch with people.”

“It can’t be this double standard where police can do it, but members of the general public can’t.” He added.