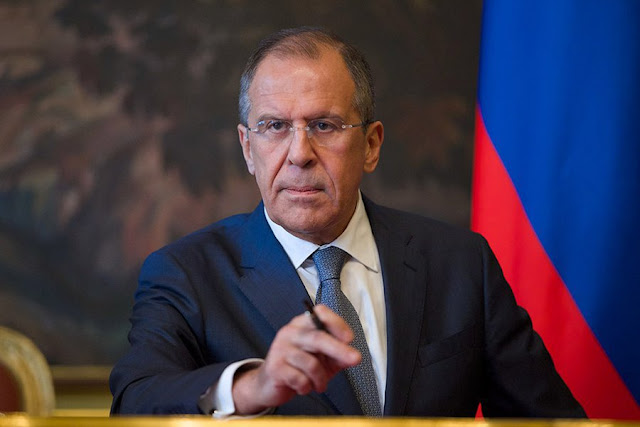 Russia suspects that the Western countries have interfered with the work of Russian government agencies websites, said Russian Foreign Minister Sergei Lavrov, speaking to students and faculty of Moscow State Institute of International Relations and to the Diplomatic Academy of the Ministry of Foreign Affairs. He also confirmed that the topic of information security over the past couple of years has become quite popular.

In addition, Lavrov recalled that Russia was repeatedly accused of hacking American Internet resources. The US authorities are convinced that the Kremlin interfered in the 2016 US presidential election.

According to the Russian Minister, the accusations against Moscow “have not been convincingly confirmed.” Nevertheless, the myth of Russian intervention “continues to spread through the American and Western media and some Western politicians continue to raise this topic.”

“We also have a reason, and more serious, to suspect that our Western colleagues are paying increased attention to our Internet resources. And this happened more than once. Representatives of the Central Bank of Russia, Sberbank and other government agencies also spoke about this.” But Lavrov did not give examples of alleged Western intervention.

Recall, the State Duma has prepared a mirror response to accusations of alleged Russian interference in the electoral process in the United States. In August, speaker Vyacheslav Volodin announced the creation of a parliamentary Commission to investigate the facts of foreign interference in the internal Affairs of the Russian Federation. Deputies found two examples of “cynical interference”, these are tweets of Deutsche Welle and the US State Department, which the Foreign Ministry considered calls to participate in unauthorized actions in Moscow. However, Mr. Volodin promised to present other “materials”, mentioning, in particular,” manuals”, which allegedly “were distributed by employees of foreign embassies.”

An expert in International Relations doubts that the West will listen to Russian statements about intervention, as Russia does not accept similar accusations of the West.

Ivan Timofeev, the Director of the Russian Council on Foreign Affairs, suggests that in the end there will be people in the West who will say: “Look, Russia is creating the scandal out of nothing. Surely they do it to distract attention from their own interference in other people’s elections.”