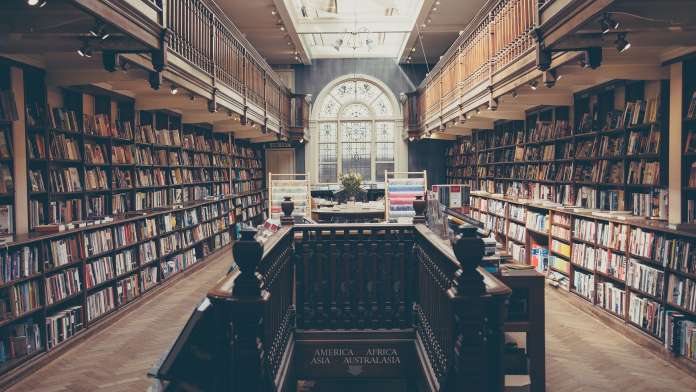 Academia is a rather strange world. The ivory towers of universities play host to some of the brightest people in the world. However, for most people (even college graduates) academic research and publication is a foreign concept.

We may think of our professors and lecturers as people who mainly teach for a living. That’s actually pretty far from the truth. Academics are actually mainly graded on the quality of their research, how often they publish and where their papers are accepted.

Academic publishing is big business, but in the past few years, it’s starting to feel some threat from the Dark Web. That hidden network of websites where the law often can’t reach and people hide their identities. The link might seem weird at first, but once you know how it all works it makes perfect sense.

What Is Academic Research? 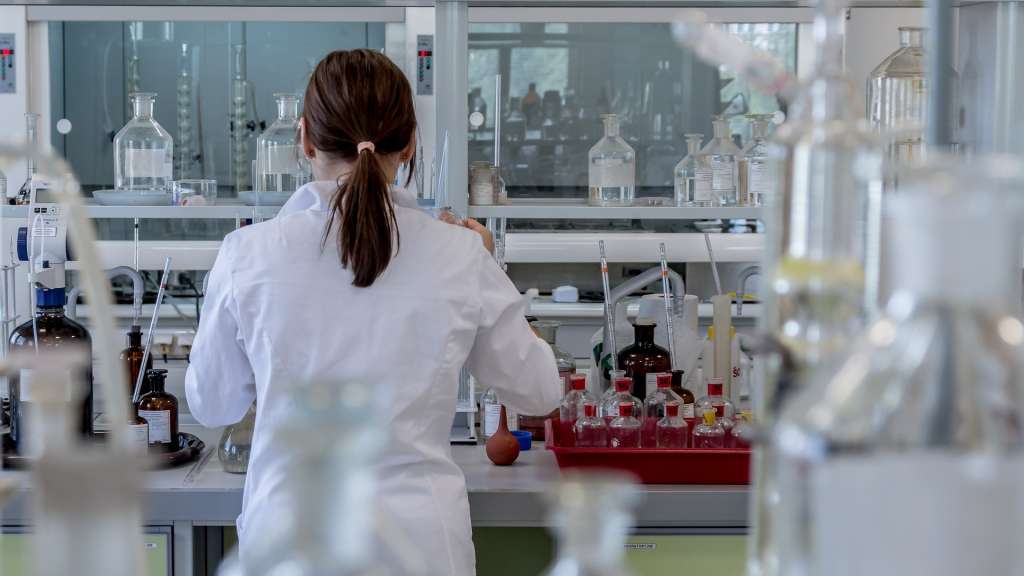 Some of our readers might be shaking their heads at this question, but most people really have no idea how academia works. By just looking at the basic process, the role of the Dark Web in Academia will be much easier to understand.

The job of an academic is to advance our knowledge. People work in different fields. These include things like psychology, sociology, chemistry and so on. There are always unanswered questions or areas of incomplete understanding. Academics question existing knowledge, ask new questions or refine what we already know.

When they are done with a round of research, they write up all the details about it in the form of an article. When you read the article, you know what they did, how they did it and what the results are.

In order to share the research paper, it will be submitted to an academic journal. A review board at the journal assesses each paper and those that pass rigorous review will be published. That’s how new knowledge is captured and shared with other people in your field as well as the world. Sounds pretty reasonable, right? So what’s the problem?

Why Put Research Papers on the Dark Web?

The main issue with academic publishing as it stands today is accessing. Once a journal has accepted a paper and publishes it, then you cannot legally get that paper from anywhere else. If you want it, you have to pay for the journal issue or buy the article from the publisher who holds the rights to it. Elsevier is one of the biggest names in the industry.

Now, universities have massive licensing agreements with publishers, giving their students and staff access to just about every top-class journal in ever field.

If you don’t have the patronage of a major institution, getting the articles you need can get expensive quickly. Typically you’d pay about $30 for just one paper.

That not only puts most research papers out of reach of the public, it also keeps it out of some academic’s hands. In developing parts of the world, even universities don’t always have the money to pay for access. It’s a little hard to work as a scholar or scientist when you don’t have access to the specialized knowledge in your field. Worst of all, academic publishers make billions, but the authors themselves don’t get anything for publishing. At least not from the direct sales of their articles. Their research is funded from other, independent sources, such as taxes, grants or tuition money. 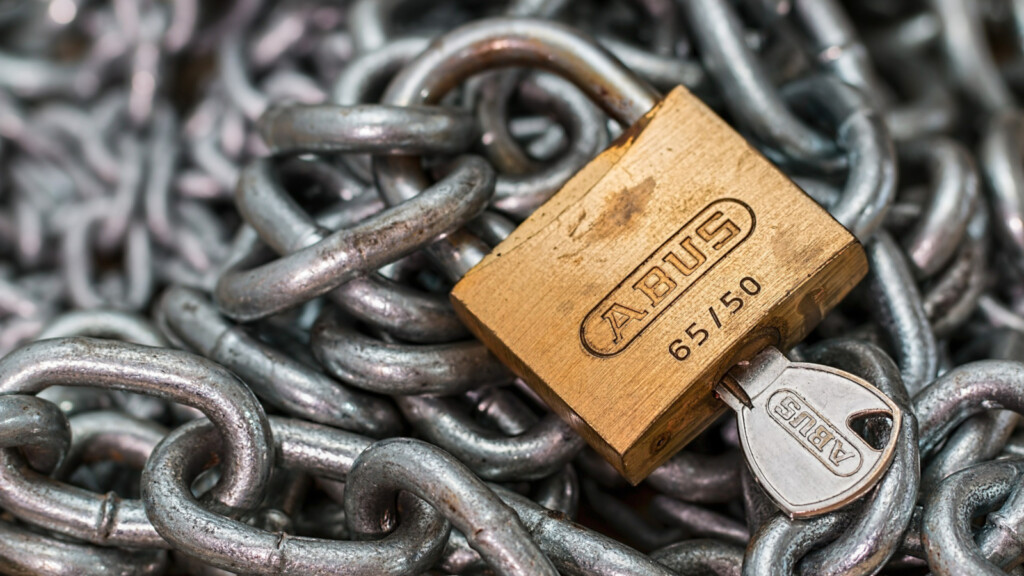 The effects of poor access to academic articles are actually quite a big problem. When talented scientists and scholars can’t have access to the latest journal articles it’s bad for everyone. What if the next great breakthrough doesn’t happen because of this? Also, consider scholars who work in countries that restrict access or otherwise hamper their work. They essentially can’t help uplift their own societies because of censorship.

This even affects everyday citizens. You may not think it matters, but public access to research articles is very important indeed. We get most of our science filtered through other publications. Special science reporters, such as those who write for New Scientists and Popular Science, actually do a pretty good job of reporting scientific research findings to us. However, most people are likely to learn about the latest research through publications like The Guardian or channels like Fox News. They have a mandate to be sensational and hook an audience. Often findings are misrepresented. Which is why we get so many overstating what scientists or social science researchers have actually written in their articles.

This research should be available to all of humanity, regardless of their ability to pay publishers. Which is why we are starting to see a move to “open access” journals. However, the vast majority of research, even some very old papers, are still locked behind paywalls.

The simple answer here is “piracy”. Several sites hidden on the Dark Web have taken to hosting or providing access to pirate copies of research articles that are usually paid for. How they source these documents isn’t all that clear, but it wouldn’t be hard. For example, students and staff members can download PDF copies of academic articles. These files usually don’t have any sort of copy-protection on them. Which means that as soon as one user has a copy, it can be distributed.

All you have to do in order to get these papers is know the address of the site that’s hosting them and have access to the Tor browser. These days it’s even possible to access the Dark Web from your smartphone. So someone in a third-world country could use public WiFi and a cheap burner smartphone to access all of the academic literature they could want.

So, does this hurt authors or publishers? There are many arguments around this and clearly, things aren’t right from a legal perspective. However, academic materials such as these are “long tail” publications. Which simply means that the number of people who are interested in reading them is pretty small. Some fields are tiny and the papers are esoteric. Which means that there is no real reason to limit access in the way it is today. The people who are accessing these Dark Web pirate copies were never going to pay for them. On the flip side, major institutions aren’t suddenly going to stop paying the license fees that keep everyone in business. Which means the claims of piracy damage we hear from the entertainment industry really don’t apply here.

Where Are These Papers Kept on the Dark Web?

The most famous Dark Web site that brought people access to millions and millions of pages has to be Sci-hub. The site currently grants access to over 70 million papers and hundreds of thousands are being added daily. The site has been sued by the likes of Elsevier and is constantly blocked on the surface web, where it rotates URLs. It is however available via a Dark Web onion site most of the time, so efforts to block it on the surface web has a limited effect.

There are sure to be other similar sites on the hidden web, but none are as organized or well-known. There are also general book sites such as Library Genesi, which hosts textbooks and all sorts of written content. Chances are, if you are looking for a particular publication, you’ll find it somewhere on the Dark Web.

Original or Non-reviewed Papers on the Dark Web

Of course, finding your academic papers on the Dark Web comes with its own unique set of problems. For one thing, you have no idea if the article you’re looking at has been altered in some way. After all, you don’t have a copy from the original source to compare it to. If you did you wouldn’t need to access it via the Dark Web in the first place.

The other issue I see is the possibility that articles which were not published in a peer-reviewed journal may get mixed in. Possibly deceiving the reader into believing junk research. There may also be counterfeit articles. That is articles that bear the branding of a journal, which did not in fact publish it.

This all means that if you are using the Dark Web to do your own research, you need to take some extra steps when it comes to veracity. In other words, you need confirmation that the paper you are reading was in fact published where it says it was, that the authors are real and that the contents are unaltered.

There’s a group of intellectuals who have been labeled the “intellectual dark web“, but actually that’s a more accurate label for the sites and people who allow access to real academic articles outside of the walled gardens that academic publishers maintain.

While the Dark Web may not be very big in the greater scheme of the internet as a whole, this sort of rebelliousness has a big impact. It serves to show the world that something isn’t right in the business of academic publishing. Also, it allows brilliant but disadvantaged people to better the entire world. It enforces the fundamental right to access knowledge and education. For all the criminal undertakings that the Dark Web is saddled with, this is actually one that has some claim to the moral high ground.

Do you think sites like Sci-hub are doing the right thing? Where are some good places to get research papers on the Dark Web? Let us know in the comments. Lastly, we’d like to ask you to share this article online. And don’t forget that you can follow TechNadu on Facebook and Twitter. Thanks!